The Teclast M40 Air is another tablet from the Teclast M-series, which you can currently find in the official Teclast store on Aliexpress for $169.99 and up. M40 Air tablet is shipped with a power adapter, data cable, ejection pin, warranty card, and User manual.

The device is extremely slim, it is only 7.8 mm thick. However, it comes at a compromise – after looking at the camera on the rear panel, you can see that it protrudes above the surface of the metal housing. The whole thing is also light – it weighs 430 grams. Teclast M40 Air is so slim and light, the manufacturer managed to fit an attractive interior in it. We are talking here, among others about an IPS display that can track the touch at a frequency of 120 Hz. The screen that BOE provides also has a diagonal of 10.1 inches, a resolution of 1920 × 1200 pixels, and a brightness of 300 nits. In addition, it is supported by the proprietary color optimization technology T-Color 2.0.

M40 Air has 8GB RAM and 128GB of built-in UFS 2.1 internal memory, so users should not complain about the lack of memory. The more so that, if necessary, they will also be able to use a microSD card with a capacity of up to 1TB. M40 Air tablet is powered by MediaTek Helio P60 processor. The Teclast M40 Air also boasts four speakers and seven independent amplifiers, as well as an LTE modem with VoLTE call support. Two SIM cards in nano format can be inserted into the tablet, although the second slot is shared with a microSD card slot.

The M40 Air also has two cameras: 5 Mpix on the front and 8 Mpix with an LED on the back. The tablet works with Android 11 at the factory, and the whole thing is powered by a 6000 mAh battery, which can be charged by cable with a power of 18 W (via the USB-C port; a power adapter is included). The M40 Air tablet also offers support for GNSS systems (GPS, A-GPS, Glonass, Galileo, Beidou) and Bluetooth 5.0 and dual-band WiFi (2.4 GHz, 5 GHz). 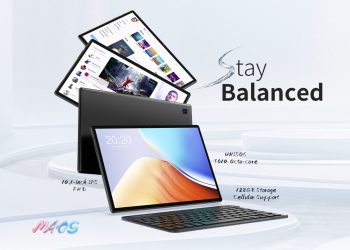 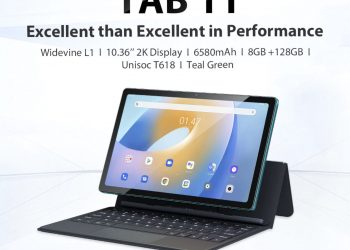 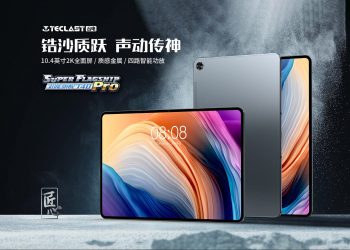