It would seem that 5-inches for the smartphone is sufficient, but it is wrong thinking. On the market still growing the number of smartphones equipped with 6.0-inch and more (recently Xiaomi Mi MAX – 6.44″). As you can see there is a demand for large displays. Thanks to LEAGOO company and we could test such a big smartphone / phablet. That is why today with great pleasure we want to show you review of the phablet called LEAGOO Shark 1. In this review we want to bring you the features and impressions of using LEAGOO Shark 1 and answer the questions: how Shark 1 works in normal use, whether appeared any problems, whether you should buy phablet Shark1 and is really Shark 1 is a shark among its competitors ;-)?. We invite you to read.

I want to say thanks to LEAGOO (LEAGOO Intl Co., Limited) company and Team for sending us a LEAGOO Shark 1 to review. Currently LEAGOO Shark 1 is available on Gearbest for $169.99 + free shipping. Also you can find it in other stores, such as:Geekbuying, TinyDeal, Dealsmachine etc. 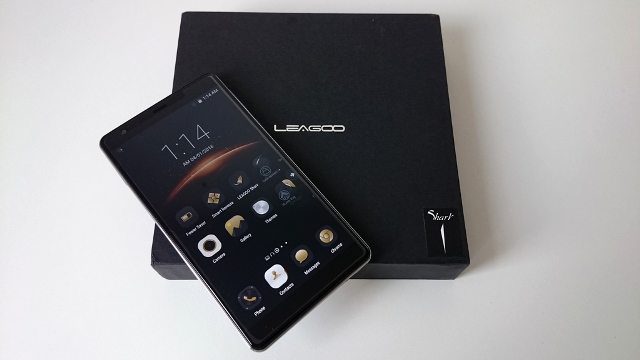 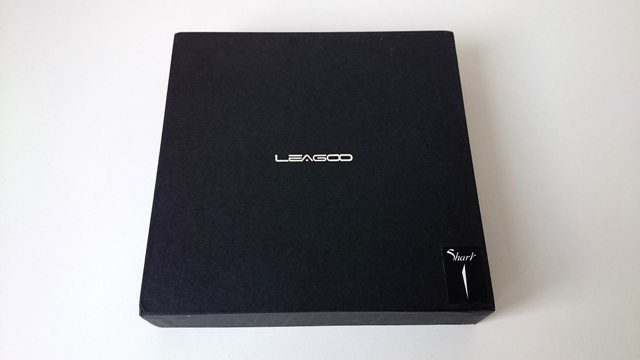 The following video from our YouTube channel where you can take a look at more LEAGOO Shark 1 and bundled accessories.

Shark 1 smartphone / phablet despite their weight probably due to the massive 6300mAh batterywell in the hand. With the size of this phablet and its screen is also worth considering whether it makes sense to buy a 7-inch tablet. At the front in addition to the 6-inch display, can be found in the upper part of the 5MP camera, receiver, flash and infrared induction and light sensor. At the top of the frame is 3.5 mm jack for earphones.

The Shark 1 has a gorgeous 6.0-inch LG FHD IPS display with 368 DPI pixel density, so in addition to size, quality of the screen is a big advantage of this smatphone. Below screenshots from the main screen, other desktops and settings. 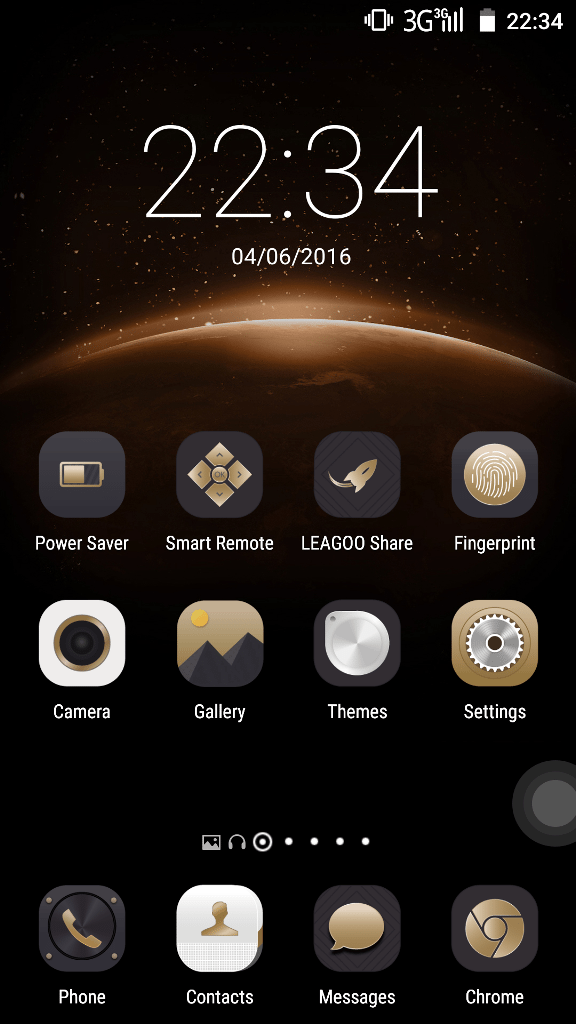 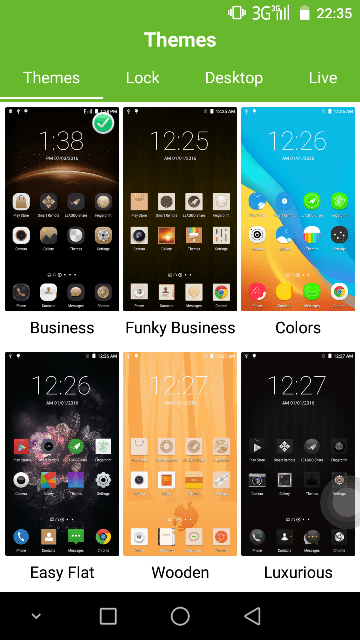 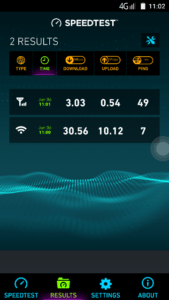 And finally, we can say something about the large 6300mAh battery. It really strong advantage of Shark 1. We have in normal usage (phone calls, text messages, emails, youtube, social networks, games) to get 2 days. This is a great result considering also such a big screen. If the battery (a rather long life and availability smartphone) also had a remarkable influence on the name of the phablet it is understandable. The Shark 1 battery supports LQC v3.0 technology and allows charging through a 30min to one day availability. On Shark 1 we installed some of the most used games like Beach Buggy Racing, Asphalt 8: Airborne, Angry Birds and Jetpack Joyride. Games work without any problem and quickly, there were no delays or freezes the screen perfectly as it should be 🙂

When we testing the main phablet features we could not miss the most important – the camera. Unfortunately this is the worst part of acting in Shark 1. It is difficult to say whether this is a software problem or just such a camera. Shark 1 has a problem with the fitting of light (in automatic mode and not only) inside and outside the room. Inside are photos of darkness, on the outside too bright, and the more sun you get just a blank picture / white. If you want to make a quick picture is not sure that you manage to do them (a big minus). Additionally, the camera does not keep focus and places in the pictures are blurred. There are also manual settings, which come to help, but nevertheless, also sometimes the image does not come out too well. If you want to take good pictures of it first, you have to do a lot of them (the object to which you want to take a picture), and combined with manual settings. In addition, the camera has a few of the modes included are HDR, Panorama, Multi-Angle, Motion Track, PIP Mode, Face Beauty and Watermark. Below pictures samples.

The Shark 1 runs on Android 5.1 customized by LEAGOO team (a big plus). They coped really well. Phablet works fast, does not crash and screen does not freeze in. The Kernel version LEAGOO Shark 1 OS1.2. Received device has firmware build number LEAGOO_Shark 1_OS1.2_20160318. The phablet is equipped with a MediaTek MTK6753 64bit Octa Core (1.3GHz) processor and GPU Mali-T720, CPU speed between 299 MHz and 1.30 GHz. On the following screens you can see exactly the components used and their specification (Information taken from the CPU-Z). Below screenchots. 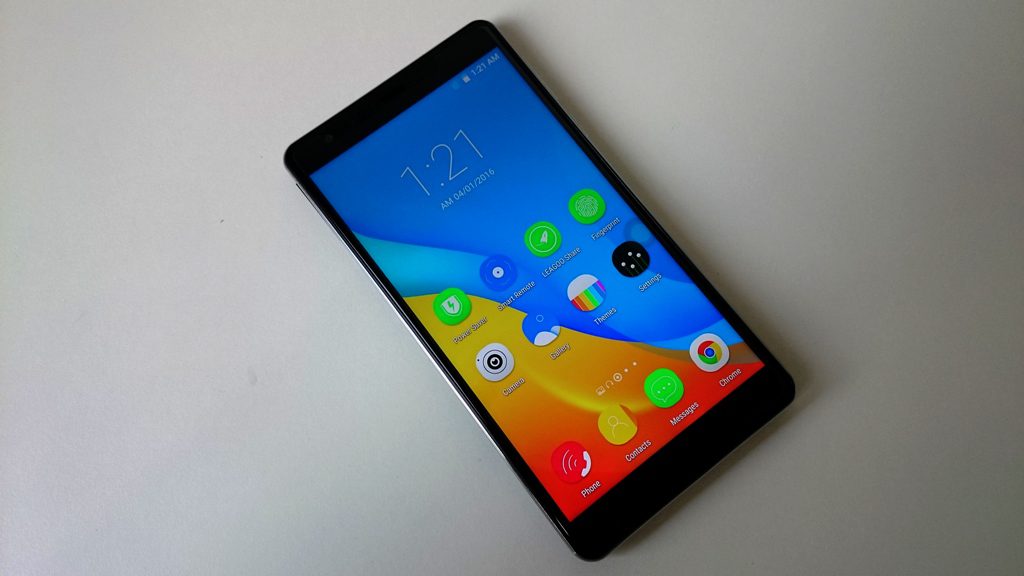 The Leagoo Shark 1 to the elegant and well-made phablet with 6-inch display which can quickly get used. Very well suited for watching movies (bus, train, etc.) has a huge 6300mAh battery, which allows for 2 days of normal operation. It also has a good performance and stable operation. He makes a good impression, and its use is a pleasure. Unfortunately, the camera is not his forte. Is it worth buying this budget phablet? considering its price and features, this is a good value for money. If you are looking for a budget smartphone with a 6-inch screen, good performance, with many features, and occasionally you’re shooting a Shark 1 is definitely for you.